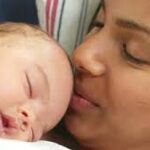 While Indian postnatal confinement practices are different from the Chinese and Malays, it has a similar aim which is to help the mother regain vitality after the vigours of child bearing. During an Indian confinement period, Indian moms might be asked to rub their tummy on a daily basis with mixed oil removed from mustard seed. This oil is known to have an auxiliary capacity, which can help the mother get back into shape rather quickly. The concept of confinement and its practices in the Indian culture is very similar to the Malays and Chinese, in which if followed, can be very useful for maintaining good health of mother and newborn.

Restoring the health of new mothers and help the body to recover from the difficult birth. Usually the mother and the baby will be placed in a room or a particular part of the house during the period of confinement. In that period, the new mother will be taken care of by a special assistant who will provide special meals for new mothers, massaging, bathing the baby and the mother, and washing clothes for the mother and baby.

The treatment period is usually between 30-40 days. The Indians who came from the north, west and south India to practice the confinement for up to 40 days, while the eastern Indian society, rarely practicing abstinence. Thus, it was not a strange thing if they do not practice confinement. 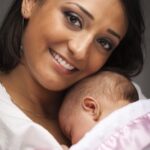 Prasava Curry Powder helps to build the immune system, healing of the surgical wound, digestion, tightening the womb, production of breast milk during the confinement period. Prasava Lehgyam helps mothers to regain health and vitality after childbirth. Calming herbal tea helps for relaxation. Food ashore like dishes and Tori can add milk supply. Cold foods such as cucumbers, cabbage, and pineapple should be avoided, as well as soft drinks and fruit juices. Replace the red and green chili pepper in the dish. Chew betel leaves after every meal.

In addition, parents and children will be massaged every day with a special blend of oils. After being massaged, the mother will wrap her stomach with a long skirt for relaxing muscles slack. Baby massage is said to be good for bone and overall development. Baby forehead then is rubbed with Kajal to keep away the bad elements.

Herbal bath with just warm water (usually neem leaves). Cover the head with a scarf, wear socks and lie in bed for as long as possible. Windows should be closed to prevent the wind. Avoid air conditioning and ceiling in order to avoid extreme temperature changes as it is exhausting. Avoid feeling pressured not to scream, cry or talk too long on the phone. Do not bend to avoid back injury. Do not cook or do any house chores. Do not leave the room where you are placed in order to avoid infection.